I wasn’t in the mood this morning, forcing myself out there, knowing that I’d feel good after a bike ride. I’d loved my spinning classes, but then Covid happened. How to keep my sanity? My husband, Hank, and I bought bikes and took to the hills around our neighborhood and beyond, but not too far. I ride like I ski - slowly. I don’t rush down hills. I lean hard on those brakes. At 63, I’m happy to even be out there.

Hank, working from home, earbuds in, focusing on two computer monitors on his desk, gave me a wave as he started his next Zoom meeting. “It’ll just be a short ride,” I mouthed, tying the bandana I use as a mask around my neck.

That’s where we all are today. This odd, challenging, scary, uncertain, masked, not-fun-world cloaked in a pandemic that has shaped our lives since mid-March.

Sometimes, I play party-pretend, getting a little respite thanks to a distanced small get-together outdoors with friends or family. “This feels so normal!” I say as we depart to a family outing, silently longing for the real normal.  It’s daunting. Even exhausting. The news is rough. People are at each other. As a country, we are divided. Politically, racially, in every way polarized. And then there is Covid, that little black cloud that looms above.

Earlier this morning, when I’d opened the freezer to pull out some bread, a frozen half-chicken fell out of the bottom shelf. It slid like a discus on the hardwood floor past my feet. I stooped to pick it up. I hate bone-in chicken, much less a half of one. My god, I remember getting this over six months ago. I’d remembered the day I’d dashed to the market like a mad woman, driven by fear of shortages, buying up things that I thought I could never live without.

By now, this second week of Fall, I’ve learned that I can live without a lot.

I slogged through my ride, taking a hill or two just to feel like I’d pushed myself a little. Then, on impulse, I took a different street on the way home. 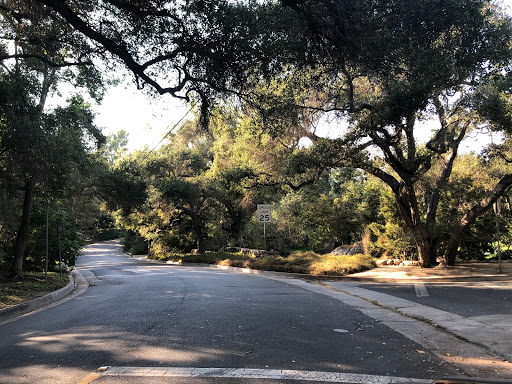 As I rounded the curve, I came upon a middle-aged man crouched down next to a woman of the same age, lying in the street. Their bikes were cast aside on the curb next to them. Both still wore their helmets. She was trying to sit.

“I think so,” the man replied. “We were making a turn when her back caught the algae on the corner and…”

Just then, she lay back down. “I need a minute,” she said.

“You sure I can’t do anything?”

“I hope you feel better,” I told her. She gave me a limp wave.

I hadn’t gone 500 feet before I needed to turn back.  I can’t just leave them.

“I’ll watch for cars as you help her up,” I said. He turned to his wife. She soon became lightheaded and nauseated unable to get up or move.

The husband and I looked at each other and raised our eyebrows. “Honey, I think we need to call an ambulance,” he said.

“It’s probably nothing, but it’s just a precaution,” I told her.

“They’ll give you something to ease the pain,” I added.

The husband was already on the phone, giving information to dispatch. I moved closer to her. “Breathing helps calm the nervous system,” I said. “Four breaths in – slow – four breaths out – slow.”

I took the slow breaths with her, the bandana I carried to mask myself forgotten. All Covid precautions out the door. The husband and wife’s masks were in this wife’s pocket in the back of her shirt, flat against the pavement.

As the husband answered questions, we waved off and reassured no less than fifteen passersby in vehicles offering help. “Thank you! Help is on the way!”

Waiting for the paramedics, the wife’s pain was getting worse. She and I kept up with the breathing and she tried hard to focus. She was so sweet despite being in agony. I kept thinking what it must be like to be on the hard asphalt, unable to move and terrified.

Her husband held her hand, kept calm and soothed her. You can tell a lot about a couple in a crisis. These two in their mid-fifties had a strong, loving bond.

The sound of the sirens rang out in the distance. The husband’s face washed with relief.

Soon, the shady suburban street was a scene of firetrucks, sheriff vehicles, an ambulance and a backup in case she wasn’t stable.

The paramedics had lots of questions for her husband, so I took over holding her hand for a moment.  “Thank you, Heather,” she said. She was getting clammy and pale, but the experts were on it, giving her morphine, explaining everything in a calm, informed way that I could tell from her face, reassured her.

One sheriff took over directing traffic away while the other offered to hitch their bikes to the top of his cruiser and return them to their home. One paramedic brought the gurney, and another carried a board with straps to keep secure her.

As they lifted her onto the gurney, I stepped back and looked up for the first time. I was surrounded by people of different races, ages, genders and, likely, sexual orientation and political persuasions, yet there was no discrimination, no polarization. Everyone had one purpose – to help an injured person.

“You ok to ride home? You live close?” One of the firemen asked me.

Pedaling home, I started to cry for this woman injured in the street who gave me her name that I’d already forgotten.  But, in her pain, she’d remembered mine. Once home, though, another feeling came over me. Hope. I pictured the faces, the concern, the support all these professionals gave this injured woman. We were all in it together.

While I’ve learned that there are many things I can live without, the one I desperately need is hope for mankind. I’d been missing it, and now it was back.

Her husband called two days later. Her pelvis, he reported, had been crushed. She needed a hip replacement and had broken her femur. “But,” he added, “today, she was able to take two steps.”

“Listen, I told him, "it’ll be rough, but I saw how you both are there for each other. You will get through this.”

I knew he was right. We all will.

Posted by Heather Haldeman at 5:40 PM